Krokar only just formed in July of 2014, but it was a busy year. Their previous home flooded, causing the loss of much of the family's livestock and supplies. It prompted rescues, salvage, and finally the decision to move. Gus and Lucille left first, back to a land they previously traveled through: 'Souls. Along the way, they met new canines, and many of them chose to join the growing group. Eventually the budding pack decided on a new home with several lakes and rivers, along with livable human structures.

Buildings were repaired in their new home, and some new ones were built; the territory was explored and claimed, and pack members got to know each other. The pack as a whole also learned how to work together, which is still an ongoing process. Krokar initially claimed a small section of territory and soon found that they could handle more, and so the borders were expanded.

The beginnings of relationships with other packs were also started. Lucille and Gus personally visited Vinatta, and Gus visited New Dawn, while members of Anathema, Sapient, and Casa di Cavalieri brought gifts to Krokar's borders. A trade was agreed upon with Sapient.

The pack's first litters of puppies were also born: Adonis and Aphrodite Donovan to Piper Dae and Aindrea Donovan, and Gregory Pendragon to Catriona Donovan. The Cormier family is also back together with the arrival of Eliza and Tybalt. 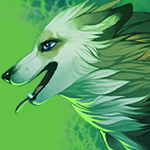 You don't run away from your problems? You must not be fast enough. 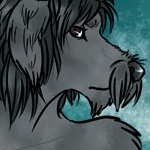 "I used to be on boat, but not anymore." 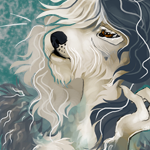 Art by Alaine, Crop/Background by Raze 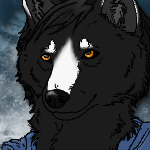 "Happens t' the best o' us after a time, this unnatural camaraderie with would-be prey."

Art by Shade (crop by Raze) 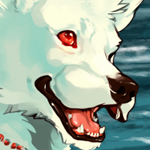 Best Hero or Villain and their Sidekick (with Judas)

A warm smile is the universal language of kindness. 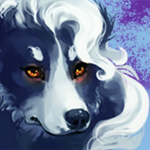 Most nights when I wake up like this I've been laid or something.