This year had been full of fun, chaos and a few surprises for Anathema. Notably, At the end of last year Anathema gained Cercatori d’Arte as their new enemy. Axelle Napier took matters in her own hands and hunted down and attacked their sub leader, Kenna Foxleigh, at their borders after hearing that she attacked her mate. Even with building walls and traps around the borders, they didn’t prove to be able to keep trespassers and unwanted interactions away. It was decided at the end of the year that the pack would move further south into the Western Tangles region in order to distance themselves from their enemies and start fresh.

Aeron Ganesa was dethroned by her son earlier in February after seeing her inability to handle leadership. Kentaro eagerly took hold of the reigns of the pack of misfits. The new leader desired to share his vision with everyone and prove he was a better suited, stronger leader than his mother. However, not everyone was as happy with him as their new Angelo. It may have been the way he forced his mother out of her position or because he was very young to be Anathema’s Angelo. As ripples formed, they were smoothed – some ending in banishment, others in decapitation. Eventually, the troubles came few and far between and everyone settled down – either accepting their fate with the new leader or leaving the pack.

In June, Kentaro and Mido attended the Leaders’ Gathering in attempt to improve the pack’s image by playing nice with others. Aside from this event, Anathema attempted to keep to themselves this year, but also to make friends with other packs. On a positive note, the Angelo was fortunate enough to become mated to Isolde Sawtooth and Amorette Aston this year, while others were blessed with puppies like Axelle & Itzal, and Kohaku.

Despite Anathema’s efforts throughout the year, the pack hasn’t been on outstanding terms with other packs at all (with the exception of Vinátta). Though through many efforts Anathema and various other packs have come to understands and even starts of friendship. Though taking the safety of the pack into consideration Kentaro took the chance and shifted Anathema south to Blackmoore castle.

”But when they return, they’ll bring more friends. More of which you will not defeat,” 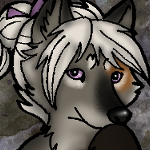 "You’re mine now. My trophy. My pretty little pet. Come with me, darling, let’s get you fixed up!"

"The only reason she fell for you, was because I wasn't around and you were did a decent job of filling in for me." 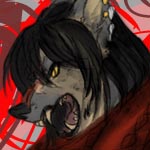 I promise on my damned soul, to do as I am told, Lord Beelzebub 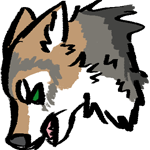 You can only look big boy! 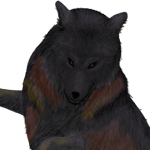 I wanna be really spooky. Enough to scare Kent.

I don't think I ever really let you know just how much I care for you, no, how much I love you. 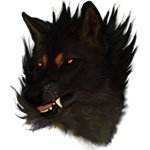