As their numbers began to rise, the space within their cabin decrease, pushing the gathering of loners up north, to where they then settled within the Government Estate, the sprawling construct located in the centre of Bathurst. Time began to pass, their numbers still growing, until enviably their group formed into the pack known as Sapient; father and son combo, Nivosus and Ardoise Moineau took up leadership, with the founding members of Alessan, Constantine, Icarus, Aleski, Yelena, Maximillian, Chrysanthemum, Tierney, Maire, Diarmid, Cillen and Akantha.

Desiring a more civilised pack, their culture focused on humanised living; they reached out, began to establish relations and offering their services and trade to those around them. Several members extended a helping hand, aiding the re-forming pack Midnight Shores as they moved north to Prince Edward Island, with the promise of future trade established with neighbouring packs.

Whilst things have certainly been productive, there's been a good share of tensions, fights and broken furniture within the Estate as the pack grow more and more familiar with each other. Sapient also had it's first litter born; Ruari Ahearne, the sole child of Tierney and Diarmid. 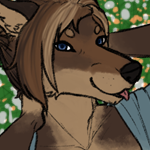 Sometimes I wonder what I'm doing out here. Then I remember that there are people that need me and I can't just leave 'em to die. 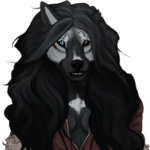 I made this cloak, and the clothes we wear. How do you think he got his bow? I payed for it with a dress I made. You sound like you want to be a king but you wear rags brother. 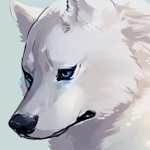 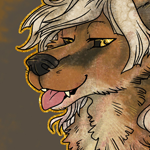 "Stay here, my love. I am going to a tea party with a pretty lady." 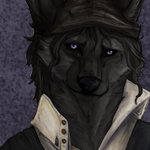 “One of these days, someone is going to take what comes out of your mouth seriously and do you some real harm”

This is no rural pack, but I am certain there is always room for improvement. 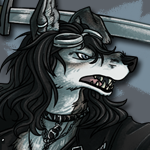 Most Likely to Drift into Space from their Over-Inflated Ego

“Don't tell me you fell in love with me at first sight. I'll have you know i'm not that kind of guy! What must you take me for!” 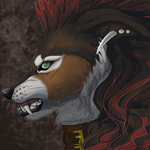 “If you call or imply i'm a princess again, I'll see to it you lose that appendage you seem oh so fond of”