2015 was a lively and eventful year for Krokar! After bringing in the new year with their first annual Winter Feast, Krokarans worked hard to keep their territory safe, their structures sound, and their stores full, all the while welcoming new members, new caribou, and new Guppies into their folds.

Keeping the stores full proved difficult at first. Thefts from the barn led to an investigation, and it was discovered that a pair of raccoons were at fault. Spring brought floods to all of 'Souls, and Krokar was not spared. Buildings were damaged, especially the Ail Po Barn, the home to a colony of cats. Krokarans bravely went into the crumbling building and rescued the cats, and their kittens too! The colony was set up temporarily in a barn near the village while Ail Po was restored to its former glory.

The flooding delayed a trade deal that was brokered in 2014 between Krokar and their neighbor to the east, Sapient. Once both packs recovered, they were able to complete the first major trade between them and kick off their budding relationship. Krokar also began to make friends with their neighbors to the south. Plans to institute a livestock breeding program were brought to fruition in May, when Mable the hairy cow was bred with Vinátta's bull, and again in August when proposals of trade and pairings was discussed between Milos and Aspen, Vinátta's Stable Manager.

They also received several visits from an ambassador from Casa di Cavalieri, as well as a trading party from Salsola. While Casa's visits were always friendly, there was tension with Salsola due to personal issues between their leaders and Semini. In an effort to cool down these tensions, Semini spent some time building a literal friend-ship with Cour des Miracles.

Semini was not the only pack member to be affected by personal issues. Storm Cormier, adopted brother to Gus, disappeared from the pack to confront the unresolved problems of his past. He returned with grave injuries, but with the help of Pepper and the support of Krokar, he was able to make a full recovery. Eliza Cormier's friend, Peony vanished as well, and the search for her is still ongoing.

In August, Krokar saw its first Navigator promotion with Semini! Gus and Lucille felt that all of her hard work and dedication to many aspects of the pack earned her the rank. Soon afterwards, Taseko spearheaded a new venture: the Krokar Depot near Casa's territory.

Krokar also saw its first official mateship ceremony between Ciara and Aindrea. Organized by Semini and with the help of others in the pack, the ceremony was heavily influenced by the couple's shared Highland culture. In early December, Ciara and Aindrea welcomed three puppies to their family, the first of many to come!

We look forward to seeing Krokar sail into a bright 2016! 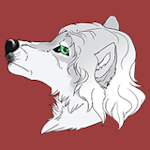 "A true highlander takes pride in their work and provides only the finest of products." 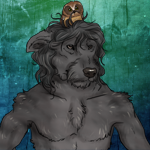 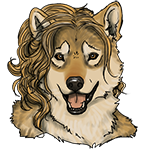 “My family is of the finest Irish blood, and battle runs in our veins," 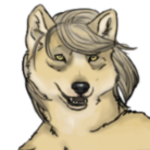 "Something like that. Wasn't so bad that I can't clean up, though. Are you offering to help?" 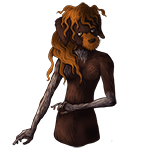 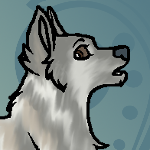 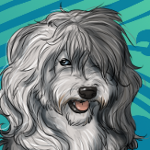 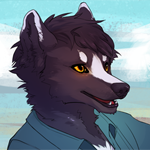 A familiar affection settled in his chest and radiated outwards with every beat of his heart. He watched her amusing antics, smiling warmly and thinking about her hand in his. 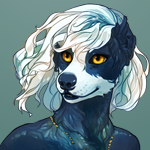 The whole world is drifting. It can make you feel insane when no one else notices. 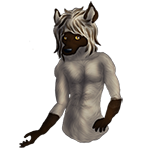 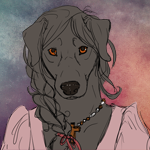