Anathema began 2015 in a new land filled with wonder, homesickness, and peace. After moving south in late December of 2014 Anathema spent much of its first few months settling into their new home. While many members adjusted to new surroundings others were just being born into their forever home.

A few months into being in the south heavy rains plagued the lands. While in the past many members would be worried their cavern home would flood no one worried to much of drowning. While as a caution Kentaro warned members to steer clear of the marsh lands of southern Anathema.

As months started to melt away Anathema continually built itself a little home in the south. In July Anathema held an exhibition using a group of loners that were taken captive. Several members of Anathema stepped up to take those captive as slaves sparing them from death. Shortly after taking on new slaves Anathema prepared for war as the Angelo's sister Pride went missing in the area of New Dawn. Kohaku took the opportunity to convince Kentaro to strike against the feral wolf pack. Making a strategic move through the northern territories. Anathema created destruction and chaos within the Feral home of the New Dawners forcing their untimely end as the pack feel apart.

Returning home Anathema was stopped by members of Casa de Cavalier's Brotherhood and questioned about destroying the land. Kentaro admitted to the destruction of New Dawn and since their has been a strain between Anathema and the remaining packs in the area.

As Anathema began to wind down to get ready for winter long time member Itzal and mate of the Atheed Axelle Napier went missing. All of Anathema mobilized to find their missing member to no avail. Soon after Axelle also vanished from the pack and while Kentaro is glad to be rid of someone watching over him, he also worries for the older woman. Now as Anathema moves into 2016 there is a new feeling washing over the pack. As it seems that many have felt out of sorts or like they lost something Kentaro has rallied the members to bring back the family feel of Anathema.

We hope in 2016 to come back stronger then ever. 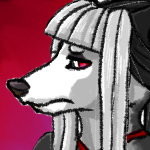 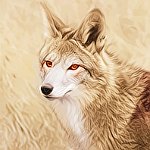 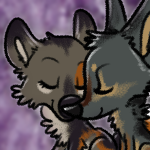 "You're mine and that's all you need to be!"

”Oh, good. I was beginning to think I would have to kill you too… Who’s your friend? Am I going to have a problem with him?” 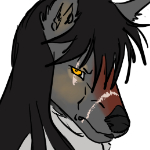 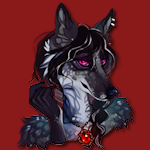 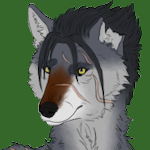 "The dread wrath of a king is like the growling of a lion; he who provokes him to anger forfeits his life."