Anathema was founded in December of 2010, making it one of the newest packs in 2011. The pack began to grow rapidly in membership after its inception, and at one point it exploded to house around 30 members! The pack went through two different sub-leaders before the job was offered to Itou Alaki, a highly ranked warrior. He is the current Rakeeb.

The year began with the blizzard that swept through 'Souls. It did not affect Anathema as much as some other places due to the protection given by the cave system. Many other events occurred in Anathema throughout the year, some darker than others. An intruder from Inferni passed through the border and got all the way to the caves before he was noticed, then killed by Naniko and Theodore. The pack managed to stay out of the war in the South and only had two minor confrontations in 2011, the coyote trespassing and the time that Matteo and Gemma left the pack after breaking the pack laws. They were pursued personally by Alaki, who questioned many different packs looking for them. On their way back to Anathema, the pack members were followed and threatened by Turnstone, who they then killed before returning to the pack.

There were a few in-pack deaths during the year, including Demi and Selene D'Angelo. There were also many births throughout the year: Naniko, Aeron, Gemma, and Panda all gave birth. Many sub-territories were named, and a set of stables were erected.. Men hmf who needs them 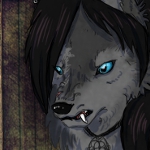 Well, I suppose I can grace you with my ever sought after company 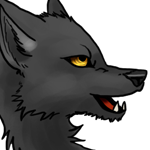 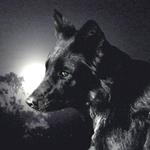 Its got soul... its got secrets. Happiness is a face that don't look good on me. You still have to fix that table you broke.

they say the world will end today You will stay here with me, I will save you from the world. Whenever you need me, whenever you want me, you know you can call me, Iâ€™ll be there shortly. I don't want to kiss anyone but you, I love you, Venom. Never walk away from home ahead of your axe and sword. You can't feel a battle in your bones or foresee a fight