The 2020 year started off with a snowstorm keeping the Cavaliers close to home, and a new co-rank system to challenge members to expand their character’s skills more! Our good-hearted Cavaliers sent delegations to the other packs after the storm. Most importantly, the start of the year brought in the reign of Sola Aldora. Unfortunately, the harsh weather did not let up, with February bringing flooding to Wisper Beach and an earthquake. We also suffered the loss of Rumpa Nightshade and all the gossip that surrounded his untimely death.

With warmer weather came brighter times for our Cavaliers. In March we hosted a tournament for all packs to join in. Our very own Cedric Stryder + Nayavota Denahlii winning the Double’s fight, Zetsubou winning Hand to Hand, Nora Knight winning the archery competition, Luca Knight winning the Close Combat, and Quinn Damaichu taking the unofficial drinking champion title. Amazing show Cavaliers! Spring also brought about the construction of new guard towers to better help us protect the entire territory. Love blossomed in the spring with the mateships of Rumpa + Nora (Feb), Arlen + Damon (Feb), Armani + Dawn (April), Aldora + Minerva (May).

Spring was not all butterflies and daisies though as we saw the return of a variation of the alien flowers. A second, more violent, the earthquake also collapsed our Mine of Oaths, changing how the Cavaliers received their Brotherhood fluorite forever. The earthquake came with our first travel ban, keeping Cavaliers closer to home once more.

Summer and fall brought very hard times to Casa. The travel ban and fish ominously washing up on the shores was the perfect start to the Mad King Plot. “Death to the Weak” was painted in blood on the side of the courthouse, Fredrick overhead a conversation in the woods and tensions grew in the pack as an investigation leads to alligations and the death of Duncan Mac’claidheim and Tessa Raskin. The Scots quietly won over the pack, taking leadership positions and aiding in the pack viewing the Lune, Luca Knight, as going mad from a head injury. Eventually, the Mad King fell, and in his place rose Sola Aldora and Lune Cedric.

The young Sola and Lune had their hands full trying to bring the pack back together after such a difficult summer, and to make their job more interesting a few spirits of Cavaliers long gone returned to haunt the lands, testing the members to find the source of unrest. With the help of the pack Spiritual Advisor, Minerva Griffith, the spirits were put to rest in a ceremony.

The year has come to a close on a happier note, with many new pups receiving their mentors, and peace seemingly being brought to the lands. Let us hope 2021 brings continued peace to our Cavaliers! 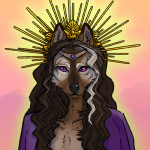 "I do not wish to fight you, I want to fight alongside you. But you have to understand, I am Sola, until all you decide that I am not, or one of you takes my life; I will no longer be meek." 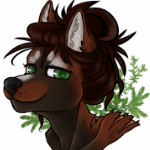 "It's okay, you know." Borya stated, smiling as Tlama finally looked up to him again. "It's okay to want to be around me... to look at me like... l-like that."

"Let it be known that my actions during this uncertain time will not be forgiven so easily. I made errors in my deep desire to keep everyone safe that almost let Casa fall to a dark fate, but I will learn from these and will never let my resolve falter again. My life is yours now, Casa, and I will spend every day working hard to prove myself worthy of this title, so that I might one day be worthy of standing in my father's footsteps." 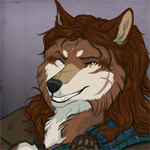 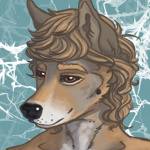 As their laughter faded, Kjin turned to the rolling waves of the loch and shielded his eyes from the sun. ”It’s not borrowing if you don’t give the sail back,” he said, panting gently, ”or if it sinks to the bottom of the ocean.” 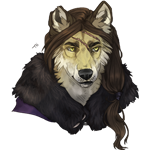 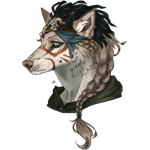 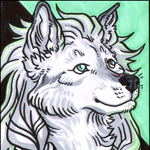 ”We have to tell everyone. We can’t… We can’t just keep it a secret. Someone’s going to get hurt,” she said. Her voice wavered at the thought; how far would the Brotherhood go at Luca’s command, too afraid to think for themselves? 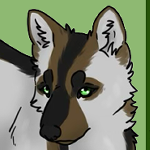 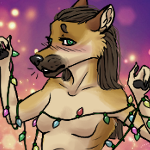 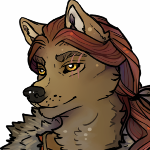 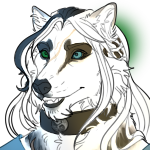 Absolutely deserved what they got

If you, truly, want your pack back, then take it from me. 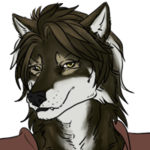 "Oh, Quinn -- I..." he started. His voice was a tired mutter. She took his hand and she felt warm. Oh, to be honest was difficult. He wanted to be strong for her. To swear to protect both her and her sister. Yet, Risa was unsure if he could even protect himself. "i'm... I'm afraid Quinn."

“I've learned a lot from what I've done, what I didn't do, what I've experienced. I know you don't hold it against me, but it's still there. Always in the back of my mind, but now it remains there without guilt. I understand myself a little more every day, and it's thanks to you,”