Mistfell Vale’s first year of life was one that thankfully provided little in the way of obstacles for the fledgeling pack. Felix Nightlark, the man who would become Ravenking, had found nowhere to truly call home following the disbandment of Midnight Shores in late 2016, and came together with Calia Larsen to create a pack centred around freedom and loyalty. After, a celebration was held in the Old Brassard Church, an event and location that would later prove central to the culture of the Mistwalkers.

In March, Linden Aatte arrived on the Vale’s borders with his two young sons, seeking refuge after fleeing Cour des Miracles due to his part in the events of The Winter of Tarnished Gold. Fledgeling relationships are forged when Mistwalkers reach outwards and make contact with members of Sapient and Krokar. Around the same time, the Vale welcomed its first pup, as Ronak Fay is born to Cecily Fay and Tanya Schmitz.

Founding member Saga D’Angelo is soon joined by her two brothers Malfoy and Baelish in early April and the pack is also subject of a visit from Sapient’s newly formed Envoy.

In May, the Vale is visited by two pack leaders! First, Lucille, Captain of Krokar, visits as part of a trading expedition and then Kalypso Savoy, Reine of Cour des Miracles, visits to discuss the recent events that plagued her pack.

May also bought additional livestock to the Vale, as brother and sister pair Baelish and Saga went to battle with a trader of questionable morals and returned with a gelding, a hog, a sow, three chickens, and a goose.

June brought a population explosion as seven new souls became Mistwalkers! Charming Krokaran, Oscar Morelli visited the Vale again, this time bringing with him goods to trade. In less joyous news, Linden is forced to discuss the events that transpired in Cour des Miracles earlier in the year.

The rest of summer was a fairly quiet affair, in which Calia visited Cour des Miracles and discovered the other side of Linden’s story from Kalypso Savoy and recent joiner Generosity finds herself at the mercy of Salsola… She was eventually rescued but paid a steep price for her life. She joins the Thistle Kingdom as an "Indentured Servant", until such time as her debt is paid.

Saga D’Angelo is honoured by Felix and Calia and becomes the first Councilmember in the history of Mistfell Vale, earning herself the title of Starkhelm. Work slowly begins on renovating the big barn in the Orchard, headed by the pack’s resident carpenter, Brom.

Tragedy befell the Vale in September, as Valeria returns to the Vale from a hunting trip without her beloved mate, Theo after he is killed by a hulking stranger.

With a more level head to run things, real work begins on restoring and rebuilding the Hee Haw Orchard corral and barn, managed by Sedona Whitesage.

In October, Mistfell Vale got super spooky as Felix called the pack together for a super spooky costume party!

After discovering livestock straying near Krokar’s borders, Ragna Eklund and Saga D’Angelo travelled to Krokaran territory and discover the pack disbanded. Two horses and various other livestock are taken in by the Mistwalkers some days later. Some few weeks later, Saga discovers the survivors of the disbandment living in St.John’s Chokehold and gets an explanation as to what caused Krokar’s downfall. 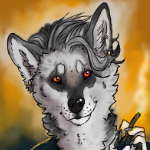 A horrible, sinister grin grew over his face, "Jetzt hab ich dich…" he whispered, and Martin turned to him, "Stop that jibberish and tell me what you’re lookin’ to trade for." 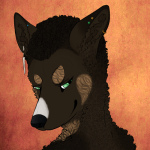 "Ne it ain't," she replied in disagreement, smirking smugly. "Te live is te live, an' Ah intend te live without caarin' aboot tha' shit." Confident and tough as she sounded, a tingle of something that could have been regret fluttered in her heart. The truth was that she did care. In fact, Elle cared a lot about many things, but it was better not to let others know that she did. It was better to be tough. 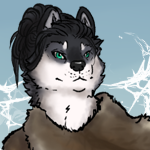 ”Am I too close?” he asked honestly, a quirk of a smile gracing dark lips. 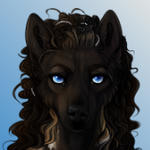 "I've been fine, absorbed with my garden most of the summer and autumn mainly. Nothing too exciting." 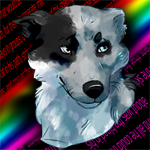 "and while her heart pounded with the nerves she wondered how much heart she could really pour into a lie." 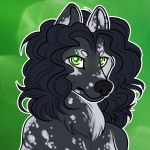 “Can I t-tell you s-something?” Mystery asked, but wanted to say before Saga could respond with something stiff or abrasive like she seemed poised to do." 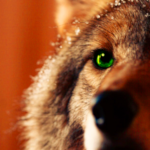 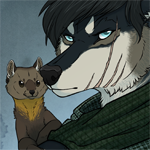 “Yes, I see dead things,” she replied with a flat expression and tone. “All the time.” Despite her serious face, one might have guessed her sarcasm with how the comment was delivered.

He did like doing things but that stupid little layer of protection his psyche threw up always seemed to be more of a hindrance than a helper.