Cold and cleansing, the winds of winter wiped clear the worries and the woes from the previous year and promised a bright and bountiful future for the fisherfolk of Krokar.

With the announcement of a scavenger hunt that included Sapient, Krokar, and the distant coyote clan of Inferni, January allowed Krokarans the opportunity to reunite with their allies for the first time following their defeat of the drug cartel that had dogged them both, as well as provide the chance to form diplomatic ties with a clan that was lesser-known to them than most others.

Encouraged by the success of the scavenger hunt, Captain Lucille and Quartermaster Milos held the pack's first Festival of Luck event in March. Intended as a way for Krokarans to explore new lands, near and far, or to scavenge and engage in trade, the Festival of Luck provided members with a goal that they could attain and an excuse to go exploring after a long and snowy winter. That same month, Eliza Cormier and Milos Parhelion welcomed three new, healthy Guppies to the pack.

Later that spring, after being missing for over 10 months, Ailie Morgan resurfaced at Krokar's borders and was finally welcomed home. But, as spring melted into summer, turmoil and discord rippled through the tiny Morgan-Cormier family. In an act of defiance and discontent, the children of Ailie Morgan and Finlay Cormier defected from their birth pack and sought a new life in the newly-formed Mistfell Vale to the south.

But life carried ever on and, with summer in full growth, Krokar's fourth annual Celebration of Achievements was held. This year's event saw a new game to the festivities: Ball! Envisioned by Norah Morelli, the objective of Ball was, quite simply, to score a goal by ensuring the ball crossed over the opposing team's line. In this year's first Ball game, Team Two, comprised of Eliza Cormier, Oscar Morelli, and Percival Parhelion, won over Team One, which consisted of Elias Blueridge, Finlay Cormier, and Milos Parhelion. In addition to Ball, the pack's second caribou race was held and Myla, sponsored by Ascher Stormbringer, came in first place.

As summer burned on, warm and bright, Krokar continued to experienced growth and prosperity. Milos Parhelion was promoted to Captain toward the end of June and Oscar Morelli accepted his promotion to Navigator in August. Meanwhile, later in August, Ascher Stormbringer and Tarina Skadi welcomed a new son to the pack.

It felt as though everything was finally evening out.

As it does, Summer aged and, slowly, the verdant leaves faded into hues of maple and crimson and gold. And, with this kiss of autumn, came a letter from Old Ironsides in Portland requesting goods and labor. Impressed with their outpost's success, Krokar's leaders gathered together the requested items and, eager to see her husband again, Lucille volunteered to lead a large crew that transported the goods and animals down to Portland.

Shortly after their departure, a strange young woman found her way to Krokar's borders and attempted to evangelize its people to her beliefs. Uncertain of the woman's intents, Eliza demanded that she leave.

And, for several days afterwards, everything seemed as it should have and, as it does, life went on.

Then, on a dusky late-autumn night, two figures stole into Krokar under the cover of darkness and ignited a fire in Fiskebyn. The fire spread rapidly through the village and expanded into the nearby Aster's Fields, threatening its animals. While some Krokarans attempted to fight the flames in Fiskebyn, others saved their livestock by setting the animals free from their paddocks and stalls.

But a dry and blustery autumn encouraged the flames and, despite their best efforts, Fiskebyn burned. Krokarans scattered from the flames and, in the days that followed the destruction, it became obvious that the damage that had been done was irreparable. In addition, Krokar's sole remaining Captain, along with his daughter, was missing. Leaderless and without their homes or livelihood, it was decided that Krokar would disband.

In the wake of Krokar's disabandment on October 31st, while others moved on to seek out new lives, members of the Cormier-Parhelion family stuck together and formed a new loner group called The Shoal. 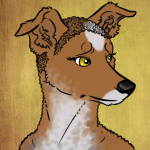 "Will ye sit with me?" she asked almost shyly, daring to look at him briefly before returning her gaze to the lake. "Ah thought... it would aall be okay, if only Ah could git back. Aye, bu' nething is okay, is it?" 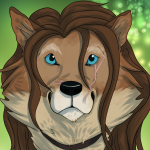 "Not that I intend to go anywhere just yet." 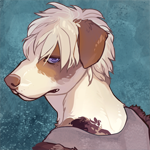 Periwinkle eyes looked at her tear-stained face, and he offered her a smile. “We never stopped.” 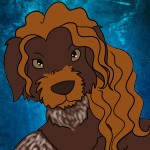 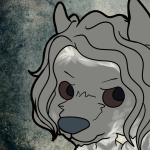 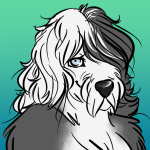 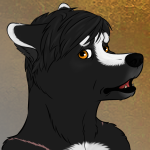 Life Could Have Been an Academy Award-Winning Film

"En't nothin' wimpy 'bout grievin' th' lost ones, son," he said gently, shifting a little in the armchair to allow both of them to sit more comfortably. "If cryin's a sign'a puphood, then I reckon your old man's nothin' but a whelp." 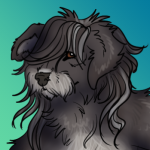 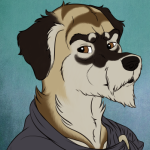 Percival's eyes dropped away from the faces of his mother, his cousin, his pack mates. There's nothing. They had nothing. No homes, no goods, no leadership. He swallowed and stepped nearer to where he thought Inara or Cora or someone was, seeking to borrow the solid support of someone else upon whom he could lean. Because this felt as though it was the end of everything he had ever known. 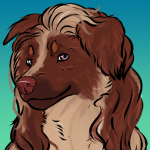 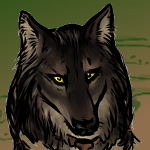