For seven long Nova Scotia winters Anathema graved the land; but like all things, Anathema too, found its end. The dawning of the pack’s eighth year would find Anathema in chaos. Young and inexperienced was it’s Angela, though with the aid of the Malphas and Atheed, Anathema seemed to continue is quiet existence in the mountains. Things seemed to be picking up for the dark pack, life was trickling back into its previously tired ranks as pups were born and new ideas were coming to fruition.

While the start to the year was peaceful as the Anathemans planned trips of diplomatic nature to various neighboring packs to continue to slowly rebuild the relationships that had been destroyed by the former Angelo Kentaro in the wake of his fruitless war, the weeks of peace would pass all too quickly before chaos filled the small pack.

Former leader Kentaro returned, bringing with him a small group of loners to help him claim what he believed was his. They struck in the night, burning supply stores and houses as the quickly devastated pack fell into panic. Holed up within the howling caverns, the remainder of the warriors fought for their lives and the lives of their young, a few members of the neighboring Casa di Cavalieri joining in on the frey, while others evacuated the scene.

At the end of it all, it was decided that the land was no longer safe for them, for as long as Anathema remained a symbol of darkness in the land, there would be people bent on destroying it. Burned, and without direction, the remaining few fled the land they had once called home, but bound by blood, they would never be alone. 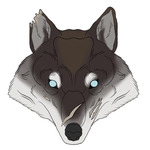 In power is the root of evil 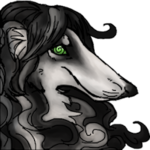