While ties with Anathema were officially cut, the start of the year also saw the expansion of trade and diplomatic relations between AniWaya and several other packs: Gemma Tlvdatsi travelled to the North to perform for and learn from Krokar and livestock breeding programmes were also pursed with Vinátta, Inferni, Sapient and Krokar.

Like all the packs in the region, AniWaya was shaken by the Red Star's fall in May. The tribe saw a fair amount of damage and flooding, particularly to the coastal borders which were greatly altered in the chaos. In the wake of the meteor, Marsali Amarok ventured too close to the water and nearly succumbed to the currents. Claudius Aston came to the rescue but ended up trapped on the rocks before Altair Amarok, Leo Shepard and Galilani Adahy all pitched in to save the pair.

Claudius appointed his son, Laurentin Aston, as a sub-leader in May, and announced that the younger Aston would be his successor. Laurentin officially took up the mantle of Anasgayv in the Summer; but not everyone was happy with his appointment. Due to a previous infraction, tensions emerged in the form of emissaries who travelled to AniWaya from The Great Tribe to demand that Laurentin step down from leadership.

Fed up of the rules imposed upon them by The Great Tribe, Laurentin officially disbanded AniWaya in the Autumn. Some AniWayans sought refuge in other packs while Laurentin and Marsali left 'Souls with some others to establish a new pack in Rivière-du-Loup, making good on their trade agreements and leaving the majority of the communal animals with those packs they had established relations with. 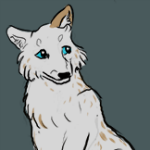 Art by Art by Libri 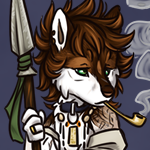 The gods keep you in fortune and safety 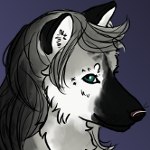 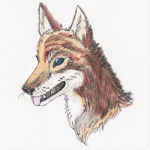 Art by Art by Tammi 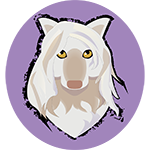 "That day -- running in the forest -- you already did me some good, so you can do good here, too." 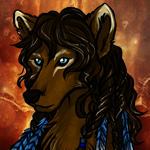 "I am on a journey home now. Perhaps my last. I do not know if they will want me, but I owe it to them to try, don't you think?"